In Pursuit of the Alaska Brown Bear

The Brown Bear is Alaska's most sought-after big-game trophy. Powerful, intelligent, and sometimes dangerous, the coastal brown bear has been synonymous with hunting the Last Frontier since territorial days.

There are areas within the ABC Islands (Admiralty, Baranof, and Chichagof Islands) of Southeast Alaska that has the highest density of these bears for the entire state. The remote, heavily timbered habitat is a natural refuge for brown bears. This fact, along with abundant beach grass in the spring and salmon availability in the fall, is why the ABC Islands are so well known for their world-class brown bear hunting. 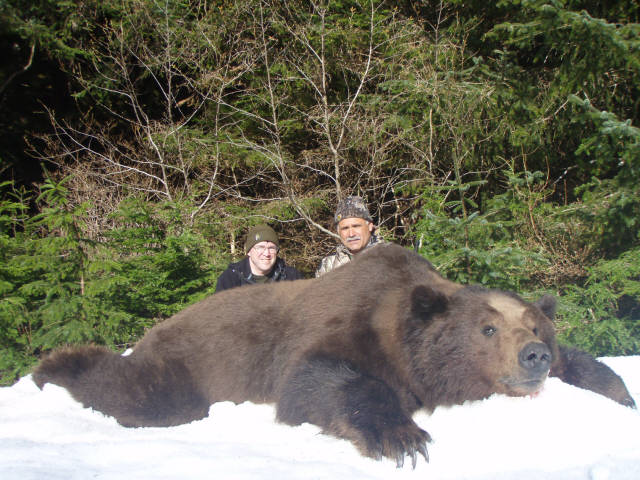 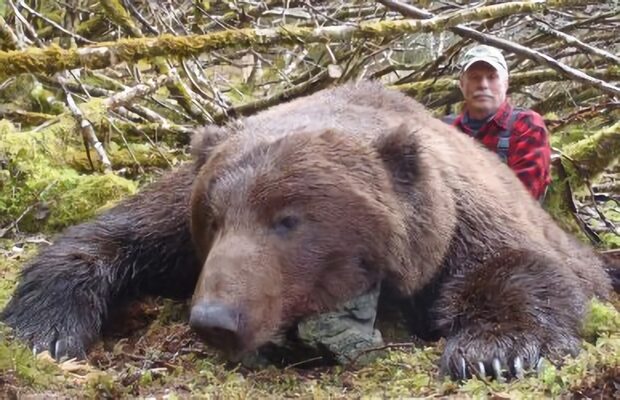 From the days of the early Russian settlers until now,

Access to the islands of Southeast Alaska has been by boat. We conduct our hunts from the 60-foot vessel HUNTRESS in the protected waters of the Inside Passage. Accommodations are excellent.

The brown bears of Southeast Alaska are the Shiras subspecies of brown bear. Research by the Alaska Department of Fish & Game has indicated that our bears are more closely related to polar bears than to the other brown bears of the world. Mature bears in this region are generally darker in color than in other areas. Adult boars that are harvested are generally 8 ft to 9 ft squared, with the largest boars going 9.5 ft to 10 ft.

We have been guiding brown bear hunters in this area since 1985. Contact us for more information.